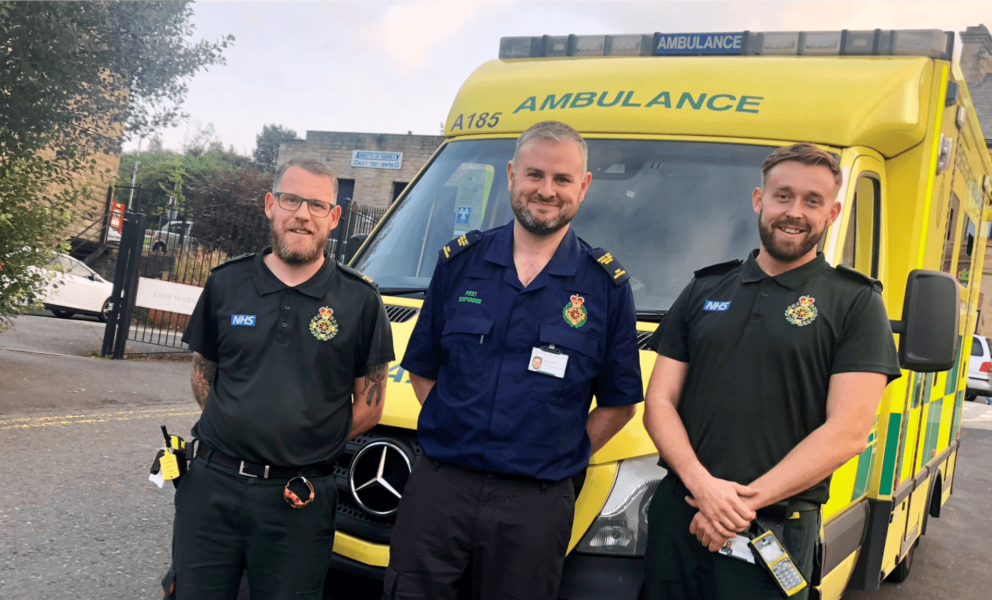 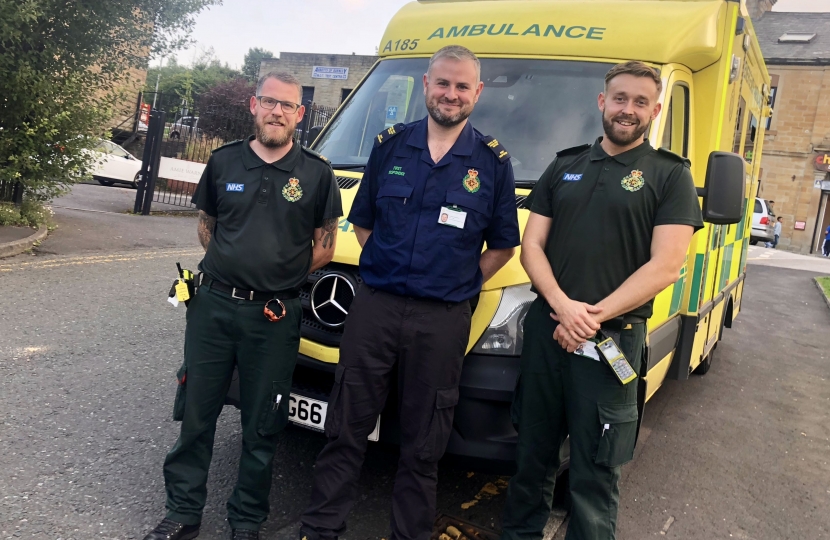 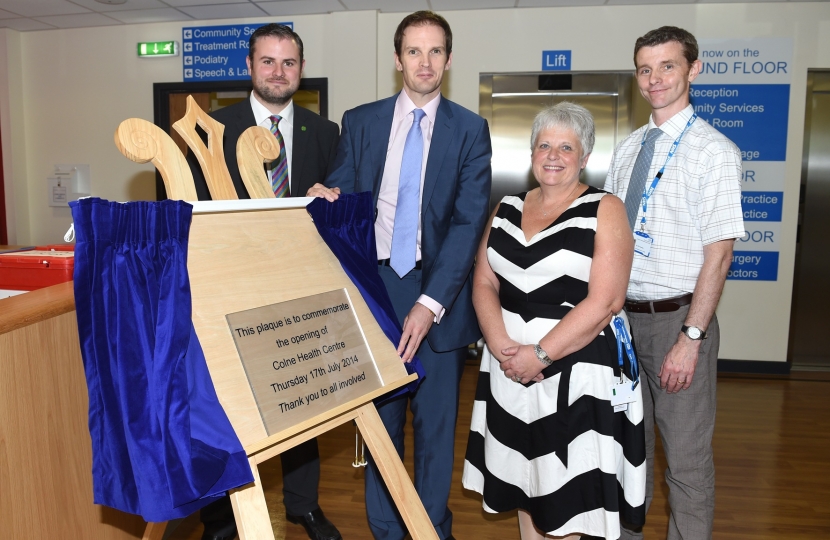 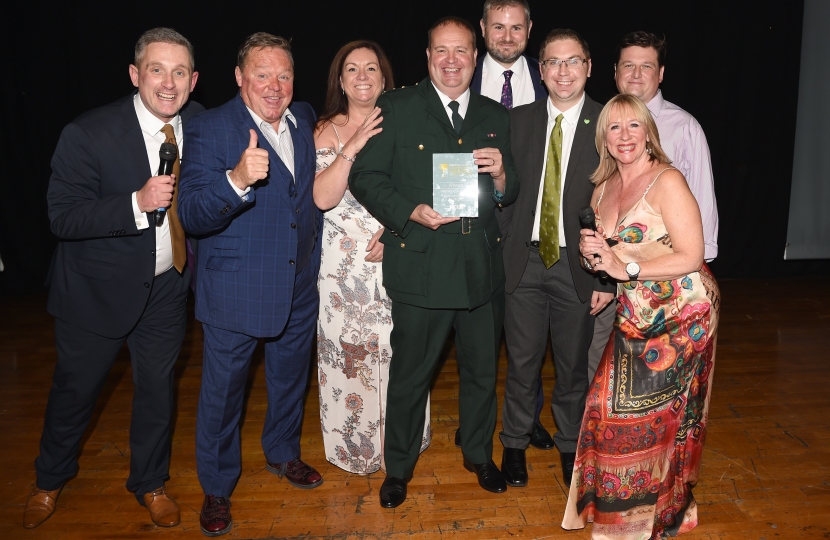 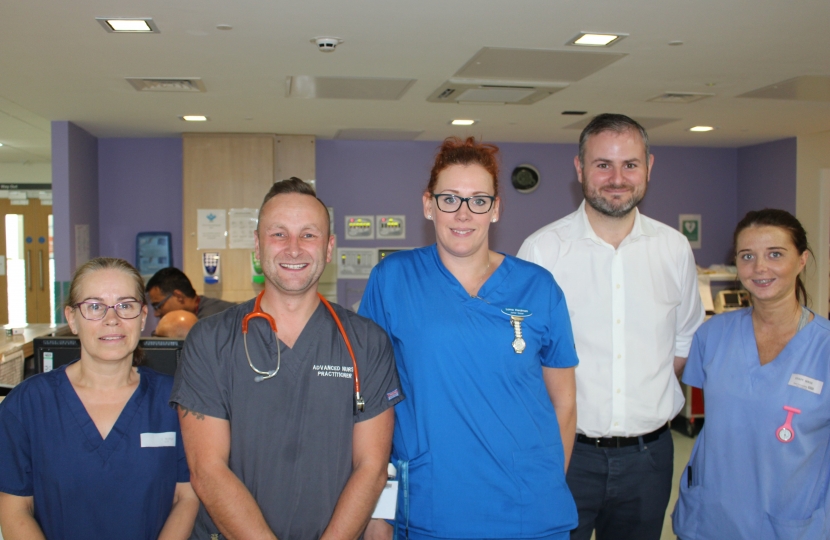 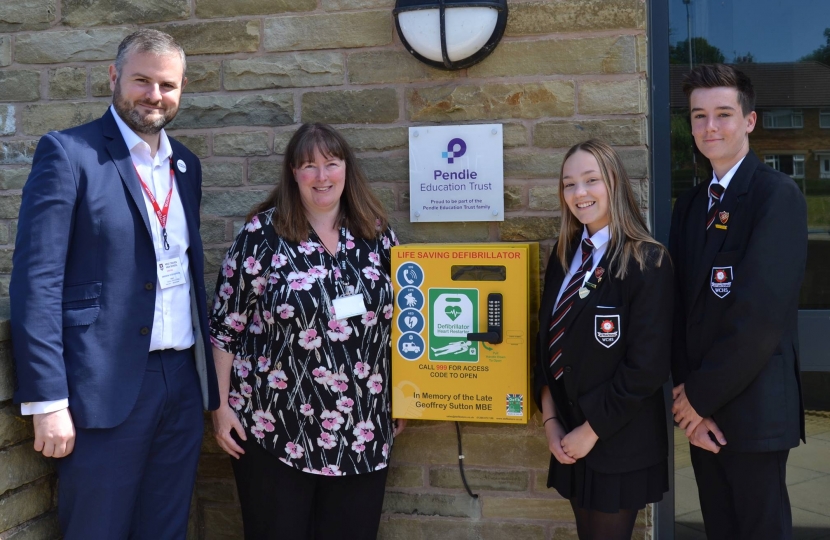 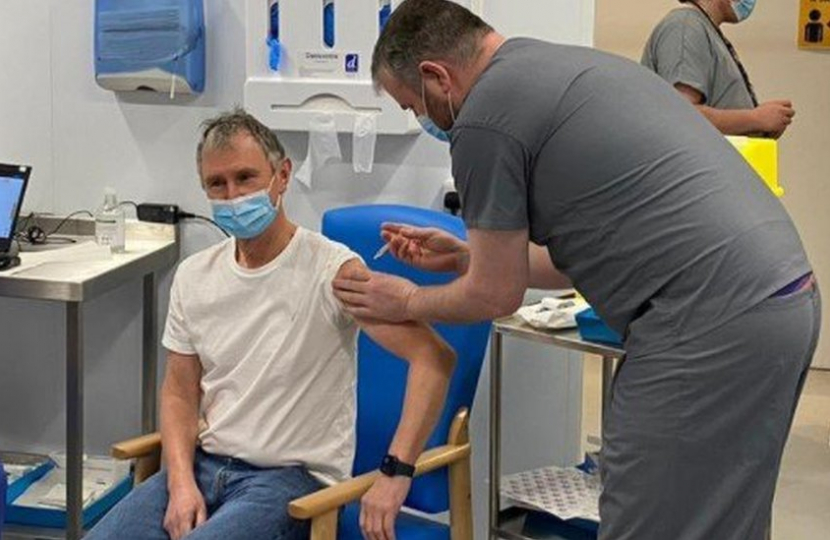 Andrew says, “Having experienced serious health problems myself in 2014 and 2016 and having spent over 20 days in hospital I know how important our NHS is and I wouldn’t be here without it.”

Andrew has been a Community First Responder with the North West Ambulance Service since 2014. Community first responders can be called upon to attend incidents such as cardiac arrest as well as other emergency situations, and possibly being closer to the patient than an ambulance, they are able to start life-saving treatment as quickly as possible.  Andrew has helped secure funding for the local Community First Responder group, trained people in life saving skills and secured funding for over 20 new defibrillators across Pendle. For more information about volunteering with the ambulance service see: www.nwas.nhs.uk/volunteer

Andrew campaigned against the closure of Burnley General Hospitals Accident and Emergency Department in 2007, under the last Labour government. Despite both Burnley and Pendle having Labour MP’s at the time, the Labour Government ignored all our protests and petitions.

Since his election in 2010, Andrew has fought for more investment at Burnley General Hospital and more investment in the NHS, both locally and nationally.  Andrew still feels that Burnley Hospital’s A&E Department should be re-opened, but the 2007 Hospital reconfiguration makes this very difficult.  He therefore successfully fought to secure £9 million for a new Urgent Care Centre at Burnley General, which opened its doors to the public on 2014.

In 2017, a new children’s outpatients department opened at Burnley general and a new chemotherapy and breast care unit.  In 2018, construction of the Hospital’s £15.8 million Phase 8 development, got underway.  Andrew helped secure the funding for the Phase 8 development, which will include a new Ophthalmology Centre and twenty surgical clinics.  It is expected work will be completed in 2019.

There are now 99 extra Doctors and 192 extra Nurses working in East Lancashire Hospitals compared to 2010.

Since the closure of Burnley General Hospitals A&E by the Labour Government in 2007, many more residents living in Colne and West Craven have chosen to use services at Airedale Hospital.  To cater for this increased demand the Conservative government funded a new state-of-the-art £6.3 million Accident and Emergency Department which opened in 2014.  In 2018, a new £7 million 48-bed acute assessment unit was opened at Airedale, providing 24hour a day, 7 days a week support for the A&E Department.

Not only is the new £6.3 million A&E department much bigger in terms of size and space, but it also incorporates the latest in modern design to improve the care and treatment they can provide now and in the future, particularly for children and patients with dementia.  There are now 16 extra Doctors and 71 extra nurses working at Airedale compared to 2010.

In its 70th birthday year (2018) the Conservative Government announced a long-term funding plan for the NHS.

It will include plans for a five-year budget settlement providing an extra £20.5 billion a year, or £394 million a week, in real terms by 2023-24 so patients receive world-class care.

Providing the biggest capital investment in over a decade. £760 million will modernise and transform the buildings and services of 39 NHS hospitals and community services across the country.

This investment is about making sure the NHS can plan for the future, deal with the pressures it faces, and continue to be there when people need it most. In return we have asked the NHS to produce a plan, led by doctors, to make sure it keeps delivering world-class care for everyone.

Andrew Stephenson MP, is calling for nominees to enter the official NHS Parliamentary Awards in recognition of staff who have gone above and beyond the call of duty.

Pendle residents have been asked by local MP Andrew Stephenson to create a patchwork block for a Covid Memorial Quilt that will show the struggles that people have faced during the pandemic.

Pendle MP volunteers as a vaccinator

Pendle MP volunteers as a vaccinator

Pendle MP, Andrew Stephenson, has taken on a new role as a volunteer vaccinator helping at the Covid-19 Mass Vaccination Site at Blackburn Cathedral.