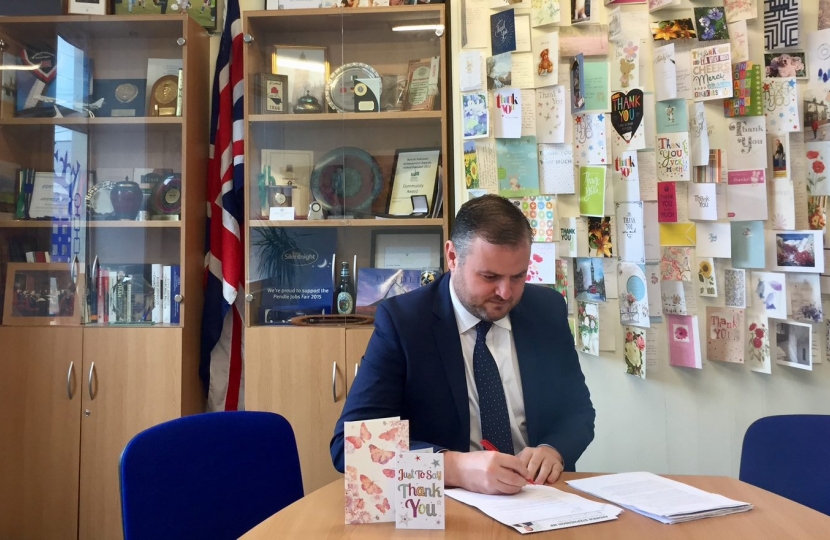 MPs’ pay and expenses are set by the Independent Parliamentary Standards Authority (IPSA).  All Andrew’s itemised claims can be viewed via the IPSA website which is updated frequently: http://www.theipsa.org.uk/mp-costs/

The summary below hopes to provide an insight into how Andrew has tried to minimise his expenses whilst still dealing with the thousands of enquires from Pendle residents he receives each year.

MPs are reimbursed for their travel to Westminster and for attending constituency functions.

Therefore, since his election Andrew has claimed on average 45% less on travel than his Labour predecessor, despite increased rail fares. This represents a saving of over £55,000, over the past 11 years.

MP’s who do not live within an hour’s commute of London are reimbursed for somewhere to stay in the capital.  There are 9 years’ worth of figures online for Pendle’s previous Labour MP, showing he claimed on average £17,995 per year, mostly to pay the mortgage on his second home.

Therefore, since his election Andrew has claimed on average 57% less on accommodation than his Labour predecessor, despite very significant increases in the cost of accommodation in London.  This represents a saving of over £110,000, over the past 11 years.

Therefore, since his election Andrew has claimed on average 9% more on office costs than his Labour predecessor.  This represents an additional expense of around £18,000, over the past 11 years.

Andrew commented “When I was first standing for election in 2010 I said that I would only claim for what was necessary to do the job and not claim for things like food and drink, or a mortgage on a second home.  Since my election whenever possible I have used off-peak trains, and I have not claimed a penny for things like food or drink.  The MP Expenses scandal broke down trust between the public and MPs and I’m determined to restore that trust.”