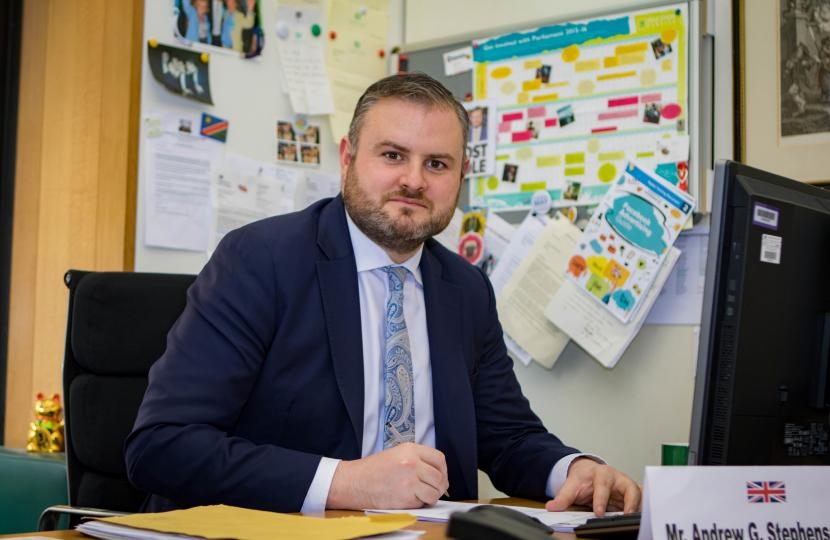 Andrew, the MP for Pendle and campaigner on domestic violence and abuse, has welcomed the scrapping of the ‘same roof’ rule that has stopped victims of domestic abuse receiving compensation for decades.

Ever since 1979, the ‘same roof’ rule has prevented victims of domestic violence from receiving compensation, if they lived with their attacker.

This means victims will be freer to come forward about previous abuse and those who were formerly denied compensation will be able to have their cases reconsidered.

Andrew said: “Pendle residents care deeply about seeing those who commit violence and abuse brought to justice, and vulnerable people protected. This represents a step in the right direction.

“Too many survivors have been unfairly treated due to this rule and I am pleased the Government is taking action.”

Victims Minister Edward Argar said: “We are abolishing the out-dated ‘same-roof’ rule so no victim is unfairly denied access to compensation after the trauma they suffered many years ago, simply because they lived with their attacker.”