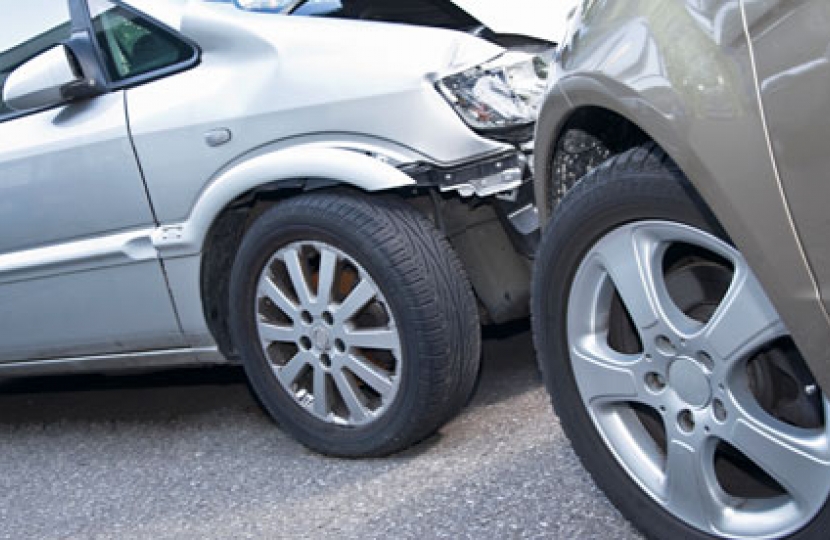 Andrew Stephenson has welcomed government proposals to increase the maximum penalty for causing death by dangerous driving from 14 years to life.

The proposals were announced on 26 October following a government consultation on whether maximum penalties for causing death or serious injury due to dangerous driving should be increased, attracting more than 9,000 replies in two months.

The government has announced that based on the public consultation, various local cases and wide public concern, harsher penalties will be given to the most dangerous drivers.

Pendle has seen an increase in the number of road traffic accidents in recent years. In 2016, 52 people were killed or seriously injured in road traffic collisions in Pendle, an increase from 36 in 2013.

Announcing the proposals, Justice Minister, Dominic Raab MP said: “We’ve taken a long hard look at driving sentences, and we received 9,000 submissions to our consultation. Based on the seriousness of the worst cases, the anguish of the victims’ families, and maximum penalties for other serious offences such as manslaughter, we intend to introduce life sentences of imprisonment for those who wreck lives by driving dangerously, drunk or high on drugs.

“We will introduce a new offence of causing serious injury by careless driving, punishable by imprisonment, to fill a gap in the law and reflect the seriousness of some of the injuries suffered by victims in this category of case.”

Andrew Stephenson MP said: “New sentencing guidelines send a strong message to dangerous drivers who have no regard for the safety of other road users. During my summer surgeries across the constituency, it was clear to me that dangerous driving remains a top concern for many Pendle residents.

“I raised the issue of road safety in Parliament in November last year and continue to push for changes that will reduce serious traffic incidents and make our roads safer.”