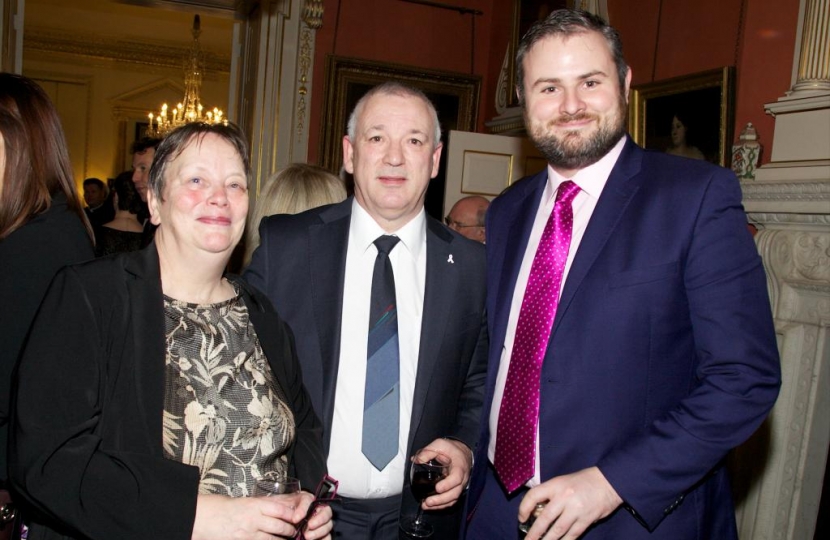 This week saw a series of positive developments in a number of areas I have been taking a close interest in, including progress on tackling the twin tragedies of domestic violence and suicide.

On Monday the Government published its draft Domestic Abuse Bill. This will introduce reforms to the way domestic abuse is tackled and survivors supported and follows a Government consultation in which more than 3,200 submitted evidence on how to address the issue, which sadly far more widespread than people like to admit.

Most encouragingly, the changes introduced by the Bill include scrapping the requirement for survivors to be questioned in court in front of their abusers. There’s also new powers to force perpetrators to take part in behaviour changing programmes and automatically eligibility for survivors to special protections when giving evidence in criminal trials.

My involvement in this area came through the incredible campaigning of John and Penny Clough MBE, whose daughter Jane was murdered in 2010. I continue to work with John and Penny on their efforts to draw attention to the issue. This Bill represents a significant step in the right direction towards ensuring people suffering domestic abuse and violence receive the support they need.

On Wednesday, this was followed up by the publication of the cross-government suicide prevention plan. Again, suicide is more common than it should be including in Pendle and I have heard too often of the devastating effect on the families of those who take their own lives.

Measures in the plan include using social media and other technologies can help identify people at risk of suicide. There is £25 million in funding for at-risk groups and the requirement that every local authority has in place an effective suicide prevention plan. Every mental health trust must have a zero-suicide ambition plan for mental health inpatients by the end of 2019 and every prison must act to reduce suicide and improve staff training.

Both suicide and domestic violence are preventable but require getting the support on offer to vulnerable people right. For those affected, it is hard to come forward. I welcome these positive steps to improve what is on offer and to draw attention to these challenging issues.