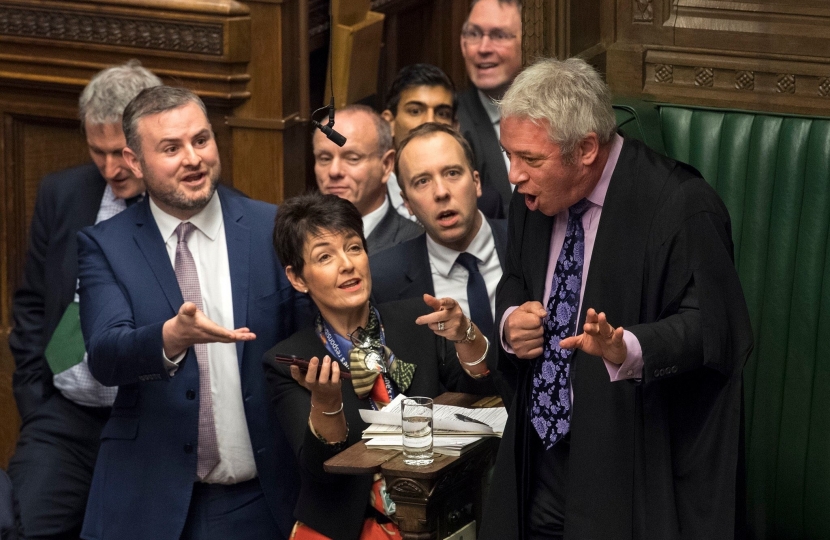 The past year has been another dramatic year in British politics, with a new Prime Minister and a General Election. Brexit continued to dominate, as it has done since 2016, but the clear General Election result hopefully means plainer sailing in 2020.

After two years as a Government Whip, in April I was asked by Theresa May to take on the role of Business and Industry Minister. Having a business background, from studying it at university and then running my own small business before becoming an MP, it’s was a real honour. Especially covering the Aerospace sector so important to Pendle and in which three generations of my family worked.

But then in July, following Boris Johnson taking over as Prime Minister, it was back to the Foreign Office for me, where I had worked with Boris from 2016-2017. This latest promotion saw me taking on the role as Minister of State, focusing on Africa a fascinating and challenging part of the world. Serving our country in government is a huge honour but as I’ve always said, Pendle comes first.

In 2019, I was pleased to help break the ground on the £10 million improvements to Blackburn A&E, attend the official opening of the £16 million Phase 8 development of Burnley Hospital and shadow a Doctor on a shift in Airedales A&E. Working closely with Transport Ministers I secured a Highways England study into the congestion at the end of the M65 and further discussions took place about the reopening of the Colne-Skipton line.

In April Theresa May visited Pendle to officially open Burnley FC In the Community's new £4 million Leisure Box in Brierfield, Nelson secured a town-deal which could bring with it £25 million in funding for regeneration and the Victoria Clough Flood relief scheme in Earby was completed.

My proudest moment of 2019 was being elected for a fourth term to represent Pendle. The saddest moment the death of former Mayor of Pendle Tony Beckett, one of the most kind, generous and caring people I have ever known. The most surreal moment was rough sleeping on top of Pendle Hill in June to raise money for a local homeless charity. It certainly was an action-packed year to reflect upon as we start 2020!