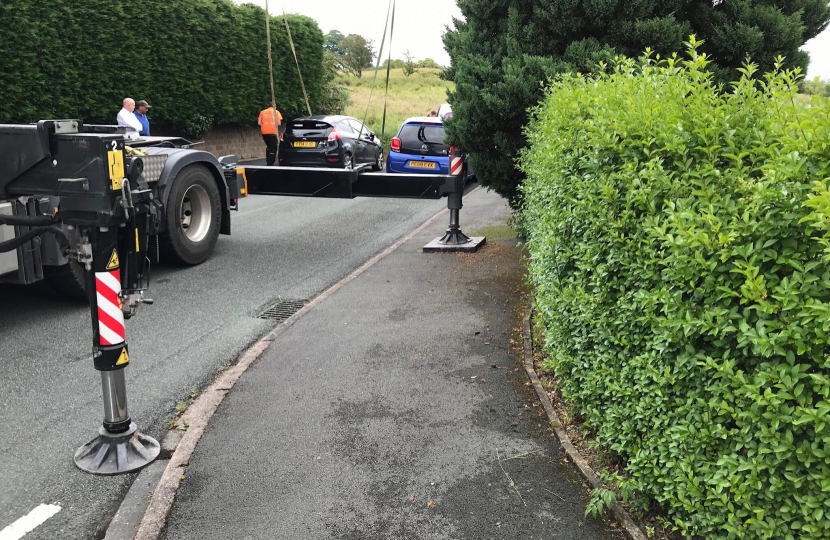 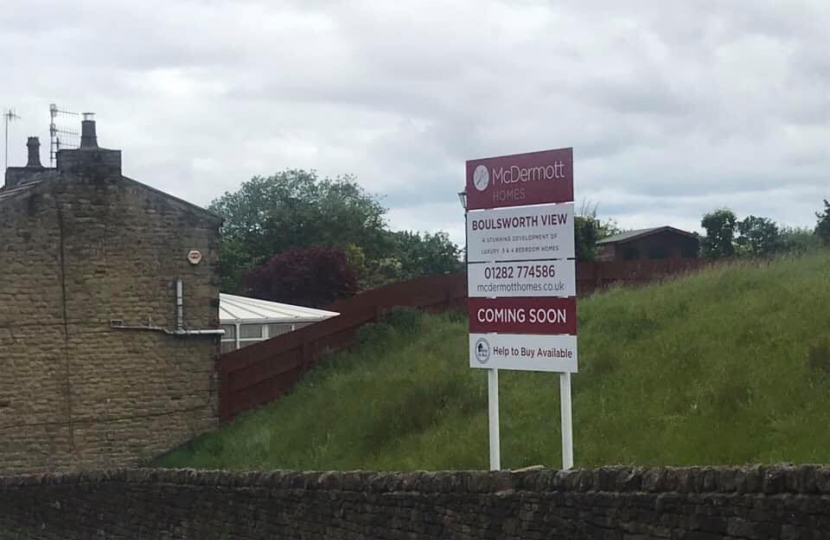 Pendle MP, Andrew Stephenson, has raised concerns about the lack of enforcement on McDermott Homes following a number of planning law breaches. McDermott is building 82 houses on The Lower Rough off Windemere Avenue, Colne. Despite only starting on-site recently, the developer has already fallen foul of some of the planning conditions attached to the application, as well as ignoring rules around the Lidgett and Bents Conservation Area.

The violations have so far included rushing through a bird survey, but not having that planning condition signed off by the Council’s Policy & Resources Committee, as well as breaking an agreement with local group Lidgett & Beyond to involve them in the survey; commencing work before all planning conditions had been signed off by Council Officers; blocking the brook off Coniston Grove with hardcore; and erecting a large, illegal advertising sign in the Lidgett and Bents Conservation Area. McDermott also commenced work without any notification to residents and winched residents’ vehicles without the owners’ permission.

Despite the best efforts of ward councillors and Lidgett & Beyond’s Trustees, Pendle Council officers have refused to take any action against McDermotts.

Commenting on the problem Andrew Stephenson MP said, “Several residents have contacted me to express their dismay at how Pendle Council is allowing McDermotts to ride roughshod over planning conditions and planning law. It’s important that any disruption is kept to a minimum during the construction phase, but it seems as if McDermotts are doing the exact opposite and trying to disrupt as many people as possible.”

“I am disappointed that Pendle Council seems to be condoning such actions. I have raised my concerns with the Chief Executive and I have also written to McDermotts insisting they ensure all the planning conditions made after the Appeal decision are strictly adhered to, that residents are consulted as construction progresses, and the illegal signage in the Conservation Area is removed.”