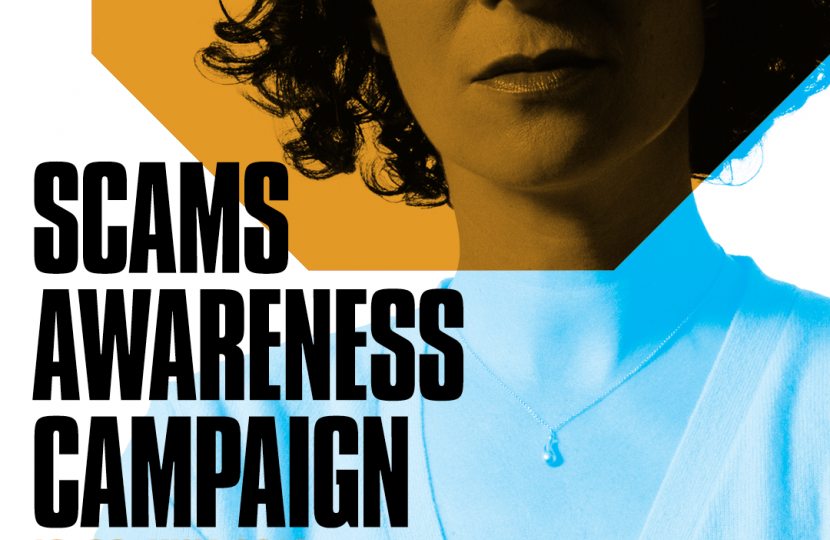 Andrew has today backed the Citizen’s Advice Scam Awareness Campaign. The Campaign, which launched today and runs until 23 June aims to make sure people ‘stop, report, talk’ if they think they’re being targeted by scams or fraud.

Research has found that a staggering 61% of people have been targeted by scammers in the last 2 years. Nearly 40% of people had been targeted 5 or more times and almost half of people surveyed had taken no action to protect themselves against scams. Less than half of people targeted by a scam don’t tell anyone, including friends, family, and relevant authorities. This makes it difficult to know the true impact that scams have in our local communities. It also makes it hard to bring scammers to justice.

Commented on the campaign Andrew said, “its really important for us all to be on the look out for potential scams. Scammers are getting more and more sophisticated in scamming money out of people. The Citizen Advice website has lots of really useful information on how to spot scams and what to do if you fall victim of one.”

More information on the campaign can be found online https://www.citizensadvice.org.uk/sa19/