Pendle MP nominated for Patchwork's MP of the Year Award 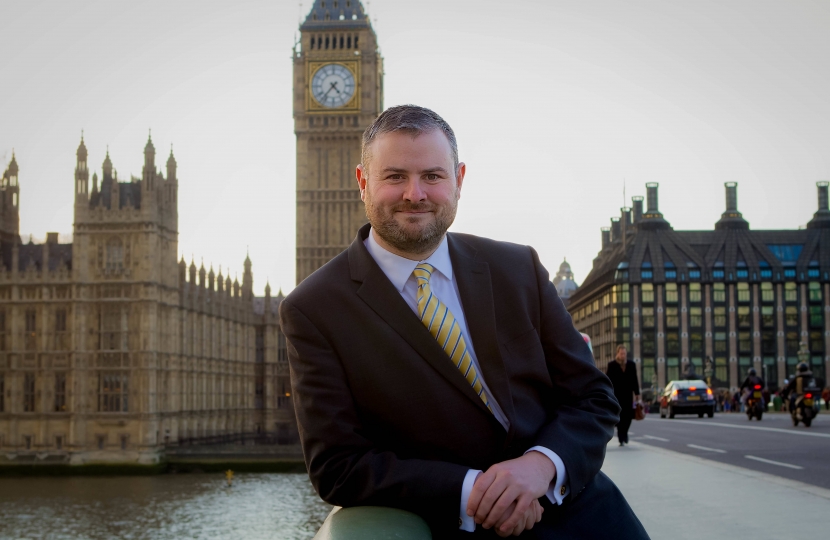 Andrew Stephenson, MP for Pendle, has been nominated for the annual MP of the Year Award, hosted by the Patchwork Foundation and supported by KPMG, for a third year running.

The Patchwork Foundation strives to represent, promote and improve deprived and minority communities around Britain. Their MP of the Year Award gives individuals and people from grassroots community organisations the opportunity to commend MPs for the hard work they do throughout the year, particularly in relation to their work with minority communities.

The Pendle MP has recently hosted a group of young people from Nelson facing homelessness in Parliament and arranged for them to meet with policy makers on issues around homelessness. Mr Stephenson has worked to help ex-offenders charities and employed a female ex-offender in his Westminster office. He has also worked as a mentor for organisations like Operation Black Vote and Women to Win, helping encourage more female and ethnic minority candidates to put themselves forward for election. Andrew has also worked extensively with Pendle’s Asian Christian community, a minority within a minority who can often be overlooked.

Mr Stephenson MP said, “I am humbled and pleasantly surprised to be nominated a third time for this important award. I will take my nomination as encouragement to continue to work as hard as I can for all Pendle’s communities.”

The winner will be announced by The Speaker of the House of Commons at a reception on Wednesday 8th November 2017.