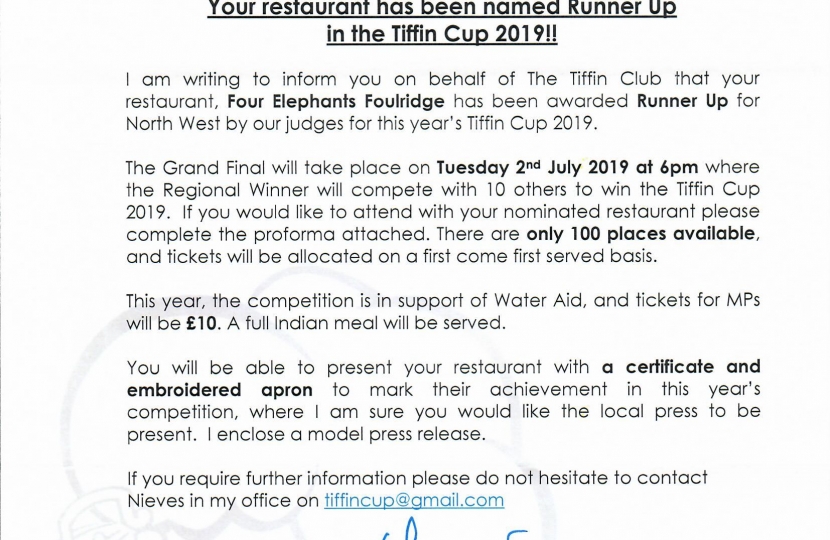 The Four Elephants Foulridge from Pendle has been named Runner Up in the prestigious Tiffin Cup competition.

The competition is held each year to find the best South Asian restaurant in the country. The Tiffin Cup winner is chosen from a list of restaurants that have been nominated by local MPs

Four Elephants Foulridge will receive a certificate and embroidered Tiffin Cup 2019 apron to mark their achievement in this year’s competition.

Local MP Andrew Stephenson MP said: “I am delighted that Four Elephants Foulridge has been named Runner Up in the Tiffin Cup. It is such a prestigious award and to be honoured in this way is a testament to the fantastic efforts of all the staff.”