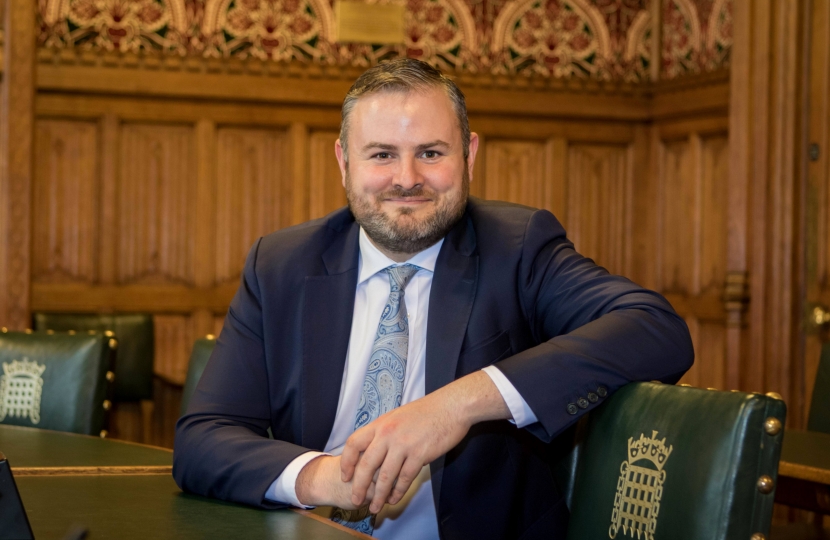 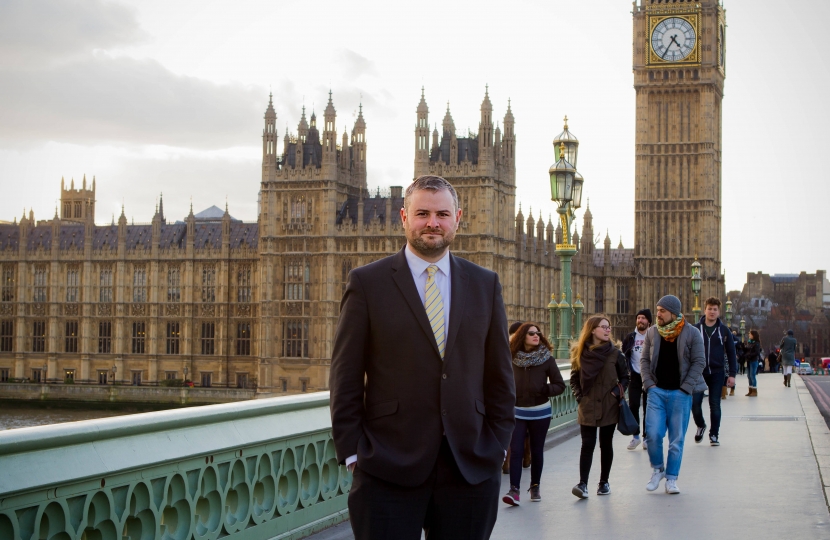 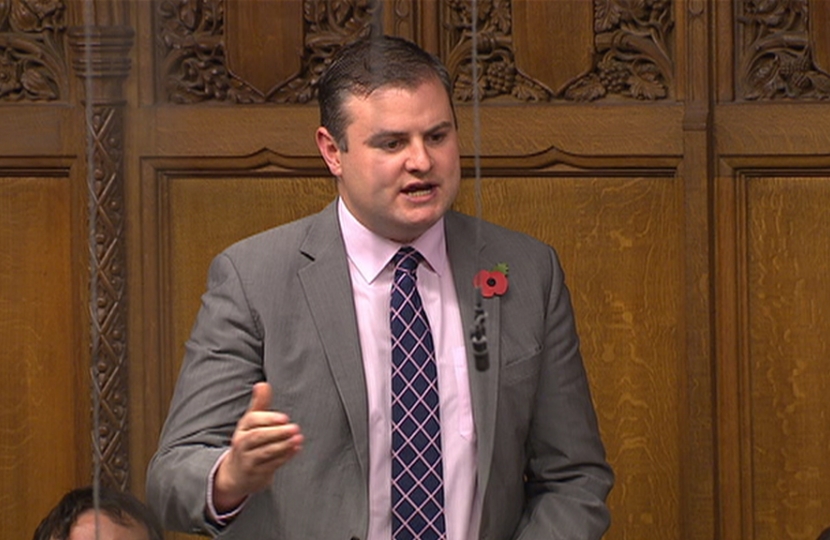 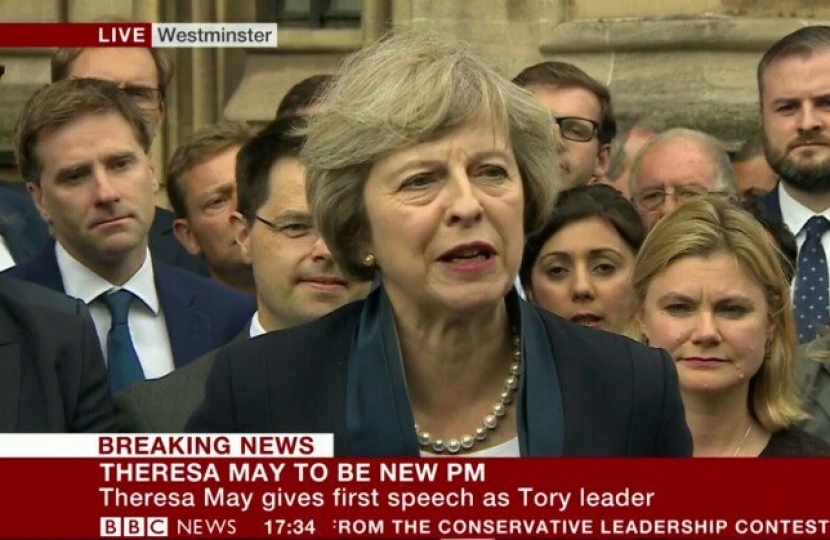 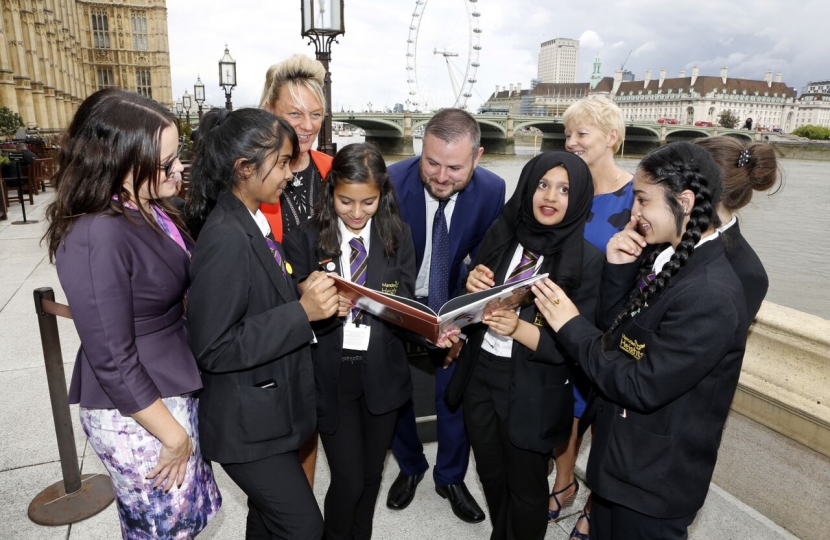 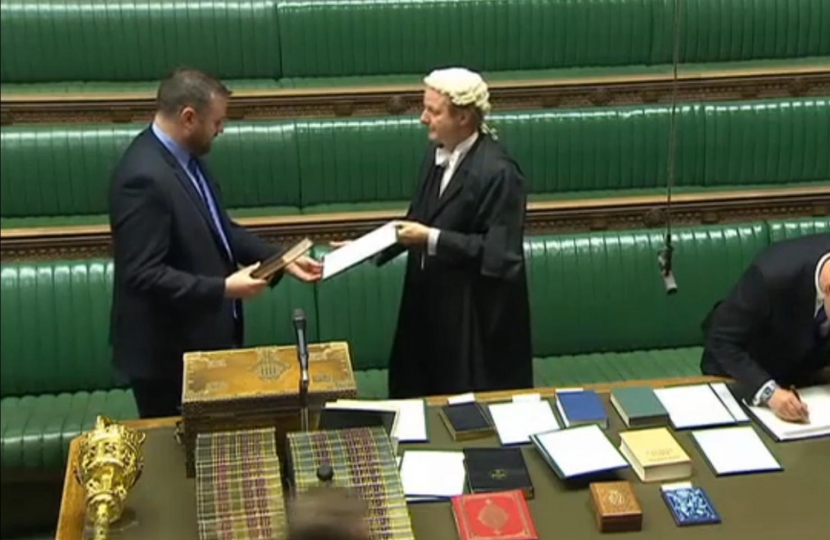 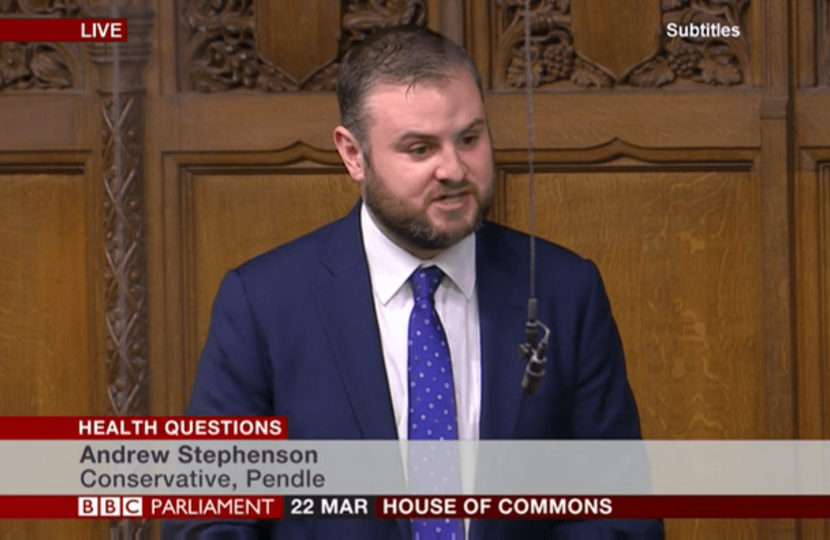 Andrew gave his maiden speech in a debate on ‘Building a High-Skilled Economy’ in the House of Commons on 17th June 2010 and since then has participated in hundreds of Parliamentary debates.

On the 12th October 2010, less than six months after being first elected Andrew led his first debate in the House of Commons which focused on the murder of three Pendle residents - Mohammed Yousaf, Pervez Yousaf and Tania Yousaf - who were killed in Pakistan on 20 May 2010.  Over 100 Pendle residents travelled to London to watch the debate from the public gallery.

The first piece of legislation that Andrew proposed was a Bail (Amendment) Bill on 28th June 2011.  The Private Members Bill sought to create a right of appeal against Crown Court bail decisions and followed the murder of his constituent, Jane Clough, by her partner who was out on bail.  Working with Jane’s parents, John and Penny Clough MBE, Andrew was successful in getting the law changed and this additional safeguard was introduced in 2012.  Andrew has maintained a close interest in domestic violence and related issues and led a 90-minute debate on domestic violence in 2012.

In his first five years in Parliament Andrew secured and led more debates in Parliament than his Labour predecessor had during their entire 18 years in the House of Commons.  Some of the other debates Andrew has secured including one on the regulation of Holiday Lettings after concerns were raised with him by a business in Earby, a debate on the persecution of Christians in Pakistan, a debate on regeneration in Brierfield and Nelson and a debate on reopening to Colne to Skipton railway line.

Andrew has also been a very active member of several All-Party Parliamentary Groups (APPG’s), including serving for several years as the Vice Chairman of the Aerospace Group.  Andrew was also an active member of the APPG on Financial Education for Young People, which lobbied government to make Financial curriculum compulsory.  In September 2014, financial education became part of the secondary school curriculum in England.  Andrew was also involved in setting up the APPG for Water Safety and Drowning Prevention in September 2014, following the accidental death of one of his constituents in Lake Burwain.  Andrew Chaired the Pakistan APPG from 2010-2015.

Alongside his constituency work, Andrew served as a Vice-Chairman of the Conservative Party 2010-2013 responsible for Young People.  Following the 2015 General Election Andrew was appointed Parliamentary Private Secretary (PPS), to Robert Halfon Minister without Portfolio and Deputy Chairman of the Conservative Party in 2015.  Andrew also served as the PPS to Minister of State for Security John Hayes, and Minister of State for Policing Mike Penning.

Since 2017 Andrew has held six Ministerial roles, in five different government departments.  Andrew said; “My job as our local MP representing Pendle will always come first, but I am honoured to have been trusted with a range of other roles, by the last three Prime Ministers.”

Minister of State, Department of Transport (02/20 to current)

Responsible for the largest construction project in Europe, High Speed 2 (HS2), Northern Powerhouse Rail and the Transpennine Route Upgrade.  Overseeing the start of the main construction phase of Phase 1 (London to West Midlands) of HS2, the final parliamentary stages of Phase 2a (West Midlands to Crewe) and the final design of Phase 2b (to Manchester and Leeds).  In response to the Covid-19 situation Andrew also assumed responsibility for cross-modal freight taskforce.

Minister of State, Foreign Office & Dept For International Development (07/19 to 02/20)

Minister for Africa in the Foreign & Commonwealth Office and Department for International Development, responsible for 48 countries and UK Aid policy in the region. Working through project concept notes and full business cases for UK funded projects to help achieve the UN Sustainable Development Goals. Helped organise and host the Africa Investment Summit in London in January 2020, the largest event of its type in the UK.  Responsible for UK consular affairs policy globally and co-ordination of major repatriation efforts including those following the collapse of Thomas Cook.

Parliamentary Under Secretary, Department for Business Energy and Industrial Strategy (04/19 to 07/19)

Business and Industry Minister at the Department for Business, Energy and Industrial Strategy, responsible for the automotive, aerospace, construction, nuclear, rail supply and steel sectors. Responsible for sector deals and launched the Tourism Sector Deal in June 2019.  Alongside the Secretary of State led the government response to British Steel entering administration in May 2019.

Government Pairing Whip, responsible for authorising all Government MP absences and “pairing” with opposition parties during one of the most turbulent times in British politics. The role also involved writing daily reports to HM the Queen and regular audiences at Buckingham Palace. Andrew was also responsible for whipping the Cabinet.

A Government Whip responsible for the day to day running of the House of Commons.  Responsibilities included scrutinising and clearing all proposed legislation from government departments, mentoring new MPs and looking after a “flock” of about 20 fellow MPs.

A busy job following the 2017 General Election, in which the Prime Minister lost her majority in the House of Commons.  A confidence and supply agreement with the DUP ensured slim majorities, but careful handling of backbench MPs with competing interests was required.