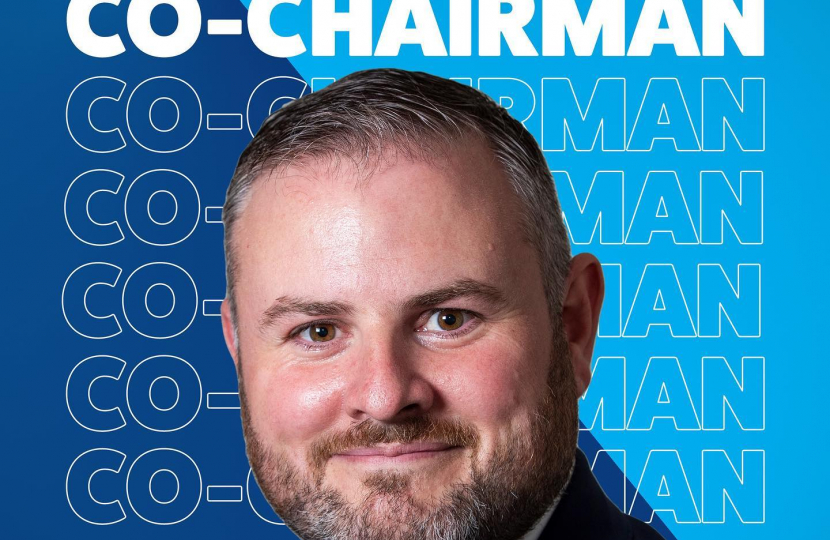 Pendle MP Andrew Stephenson has joined the Cabinet as Conservative Party Co-Chairman, and will oversee the process to select a new leader to replace outgoing Prime Minister, Boris Johnson.  Mr Stephenson will work with Sir Graham Brady MP, Chair of the 1922 Committee, and the Board of the Party to ensure a smooth process and will therefore not be endorsing any candidate for the leadership.

Mr Stephenson attended his first Cabinet Meeting on Thursday 7th July, as Minister without Portfolio, a role he holds alongside being Party Chairman. He also becomes the first serving MP for the Pendle area to join the Cabinet in over 90 years, after Arthur Greenwood (MP for Nelson and Colne) served as Minister for Health from 1929 to 1931.

Mr Stephenson is Co-Chairman alongside Businessman Ben Elliot, who has been Co-Chairman since 2019. Mr Stephenson had served as Minister of State at the Department for Transport since 2020, following other Ministerial role in four different departments. He was first elected as Conservative MP for Pendle in May 2010, taking the seat from Labour and increasing his vote share in every election since.

Commenting on his appointment, Mr Stephenson said, "I joined the Conservatives when I was 16 and have supported the party ever since. Twenty-five years after I first joined, it’s an honour to become Party Chairman.

“I want to pay tribute to the Prime Minister. Under Boris Johnson, the Conservatives defeated Jeremy Corbyn, got Brexit done and delivered the fastest vaccine rollout in Europe. Boris ensured I was re-elected in Pendle at the last General Election in 2019 with a record share of votes for the Conservative Party.

“Now Boris has decided to step down, I will be ensuring the leadership election runs as smoothly as possible and that Conservative Party members across the country get their say on who should be our new leader.

“As someone who won a marginal seat in 2010, taking Pendle from Labour after they had held the seat for 18 years, I know the strength of the Conservative Party comes from our members and our activists.

“Swiftly choosing our new leader is vitally important to our country and our local area, as whoever takes on the role will become Prime Minister at a challenging time for our nation. Representing Pendle in Parliament remains my top priority, but I hope constituents will recognise the importance of this new role.”