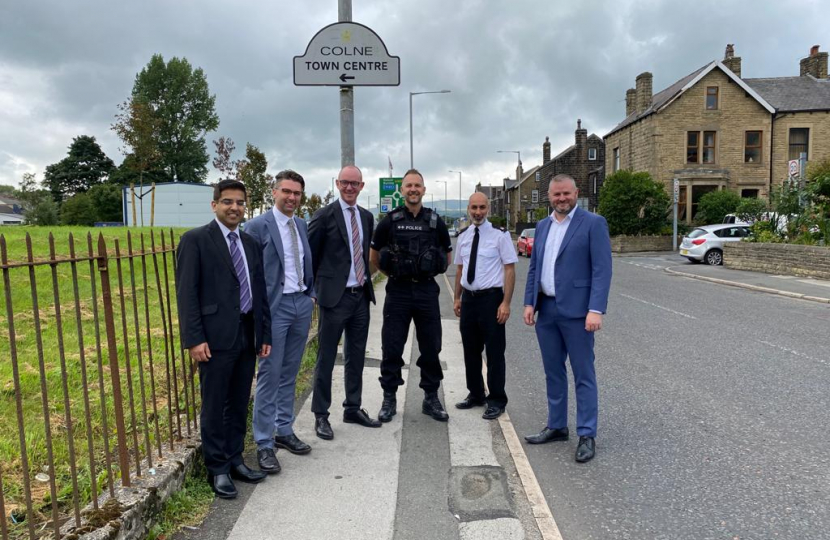 Pendle MP, Andrew Stephenson has welcomed a £2,841,099 funding boost to Lancashire as part of the Conservative Government’s £130 million investment to tackle the most devastating types of crime – including knife crime, gun crime and homicide.

The Conservative Government also revealed that Violence Reduction Units and ‘hotspot policing’ initiatives prevented 49,000 violent offences across England and Wales, as it set out an ambitious funding programme to build on these efforts to tackle serious violence.

Set up in 2019, Violence Reduction Units are a pioneering initiative established in 18 areas across England and Wales, bringing together local partners in policing, education and health, and local government, to share information in order to identify vulnerable children and adults at risk, helping steer them away from a life of crime and violence.

Figures published in an evaluation of these Violence Reduction Units’ first 18 months of operation demonstrate the impacts they are having up and down the country, changing lives and reducing violent crime.

Areas that have rolled out Violence Reduction Units saw 8,000 fewer incidents of violence leading to injury and 41,000 fewer incidents without injury, compared with areas that didn’t. This has resulted in an estimated £385 million avoided in associated costs for victims and society.

Initiatives include ‘Weapons Down Gloves Up’ – engaging young people out of work through boxing, while partnering them with a civil engineering company to help them gain manufacturing qualifications. Elsewhere, a dedicated team of ‘Navigators’ worked across A&E departments and with Northwest Ambulance Service and local communities, helping young people recover after an experience of violence and prevent it happening again.

“I am delighted that this Conservative Government will therefore be investing an additional £2,841,099 and the wider community, building on this success and diverting some of the most vulnerable away from a life of criminality – saving lives and preventing the most devastating crimes.

“Along with the 20,000 new police officers being recruited across the country, this Government is building a safer Britain as we level up the country.”

Commenting, Home Secretary, Priti Patel said: “While we will never let up our relentless pursuit to see the worst criminals thrown behind bars, it is quite clear there are many factors that can lead a vulnerable person into a life of seemingly inescapable violence.

“If we are to succeed in our mission to level up the country, we must do more to reach those at risk of violence early on to break the cycle of crime.

“Our Beating Crime Plan is delivering 20,000 more police officers to our streets and galvanising all parts of the public sector to collaborate to tackle serious violence. This very approach lies at the heart of our Violence Reduction Units and as set out today, we’re seeing some extremely encouraging signs of progress.”

Commenting, Crime & Policing Minister, Kit Malthouse said: “The very worst part of my job is hearing from families who have lost loved ones to violence and finding out that something could have been done to prevent it.

“We must do more to reach those at risk of violence early on to break the cycle of crime. Only then will we truly level up the country and give everyone the security of a safe street and home.

“We're throwing everything we have at this. At the heart, our pioneering Violence Reduction Units galvanise all parts of the public sector to tackle violent crime, and this approach is really starting to work.”

Cracking Down on Crime and Anti-Social behaviour

Crime and anti-social behaviour effects everybody in Pendle.

From littering, fly-tipping and nuisance fireworks to serious crimes, crime touches all of our lives.