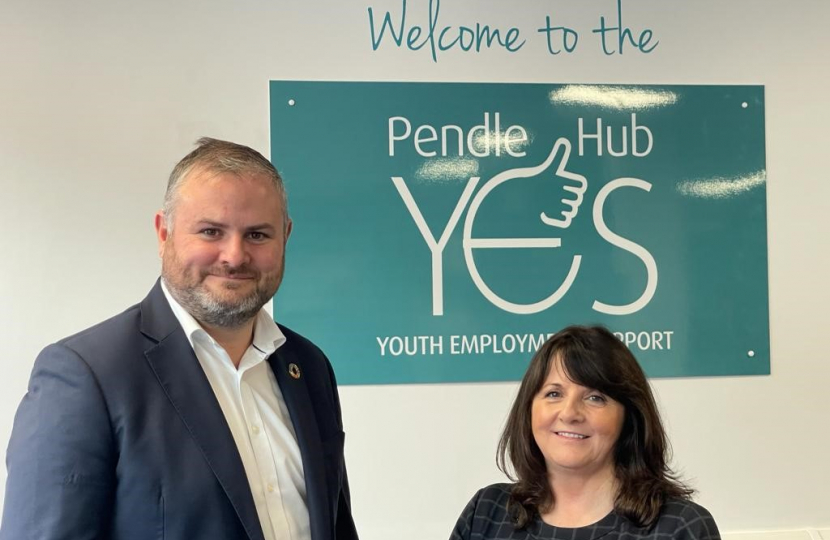 Many congratulations to all those who were recognised in the Queen’s New Year Honours list, especially those whose work is in the Pendle area.

Heather Murray from Nelson received a well-deserved OBE to recognise her career and decades of service in the Department for Work and Pensions. Her work supporting vulnerable people was rightfully singled out, which I’ve been fortunate to see at first-hand.

There was an OBE too for Kevin McGee, until recently the Chief Executive of the East Lancashire Hospitals Trust and now leading Lancashire Teaching Hospitals in Preston, and whom I’ve worked with on securing investment in Burnley General and Royal Blackburn Hospitals.

It was also particularly pleasing to see Annette Weekes awarded an MBE for her services to the local community. Annette runs Nelson-based business PDS Engineering, has a key role in the East Lancashire Chamber of Commerce, and impressively led the effort amongst local firms to make PPE for the NHS during the early stages of the pandemic. She also organised meals for families in need outside of term time, supporting some of those hit hardest by the pandemic.

It’s people like Annette, Heather and Kevin who have done so much to support those in need during these incredibly difficult times. All richly deserve their awards, and recognition of their good works.  I also hope their honours will inspire others across Pendle to nominate other local people deserving of recognition, as anyone can nominate someone for an honour.

Meanwhile, it was been hugely encouraging to see large numbers of people receive their booster vaccinations over the Christmas period. With the new Omicron variant spreading rapidly, our best defence against the virus and having to reintroduce damaging restrictions such as lockdowns or school closures is the vaccine. It is remarkable looking at what’s happening in other European countries that we have been able to avoid these measures so far this winter.

34 million third doses have been delivered and every eligible adult had been offered the chance to get their booster by the New Year, meeting the ambitious target set by the Prime Minister just weeks ago. Huge credit must go to the local NHS including GPs for achieving this.