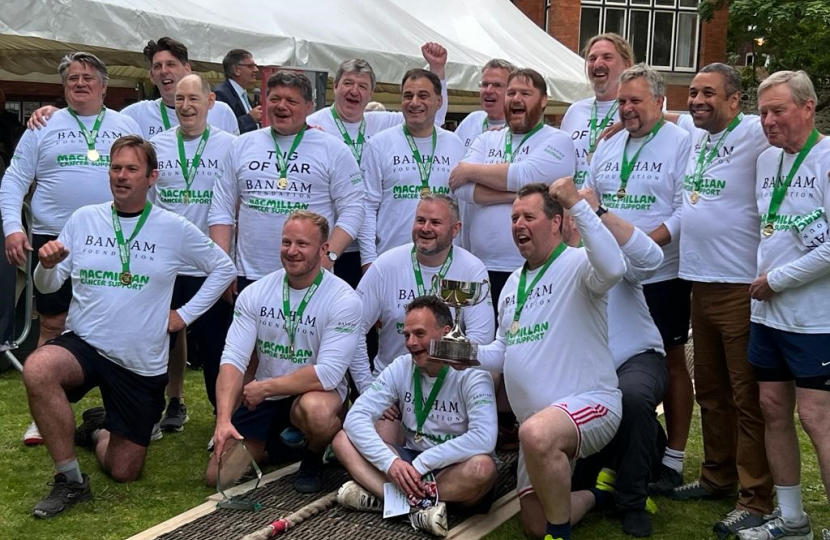 The event, on for the first time in three years, raised an incredible £153,000 for Macmillan Cancer Support. The money raised will go towards ensuring people living with cancer get the crucial support they need.

Andrew Stephenson MP, who was the Commons team anchor man and was participated in the event for the eighth time since he was first elected in 2010 said; “I was delighted to once again take part in the Macmillan Cancer Support’s Tug of War and delighted by the result. Macmillan’s Parliamentary Tug of War gets together politicians of all persuasions to pull together and put their weight behind a great cause.

“Macmillan do amazing work across Pendle supporting people living with cancer, making a real difference to so many lives.”