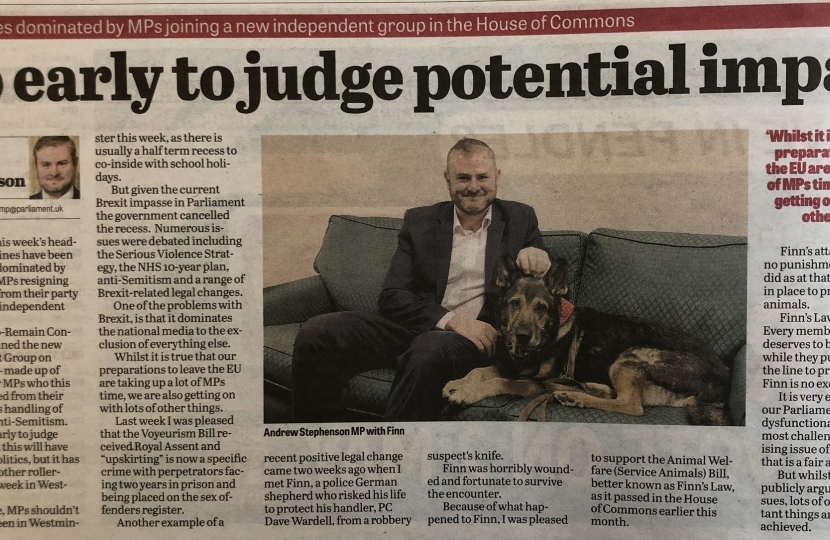 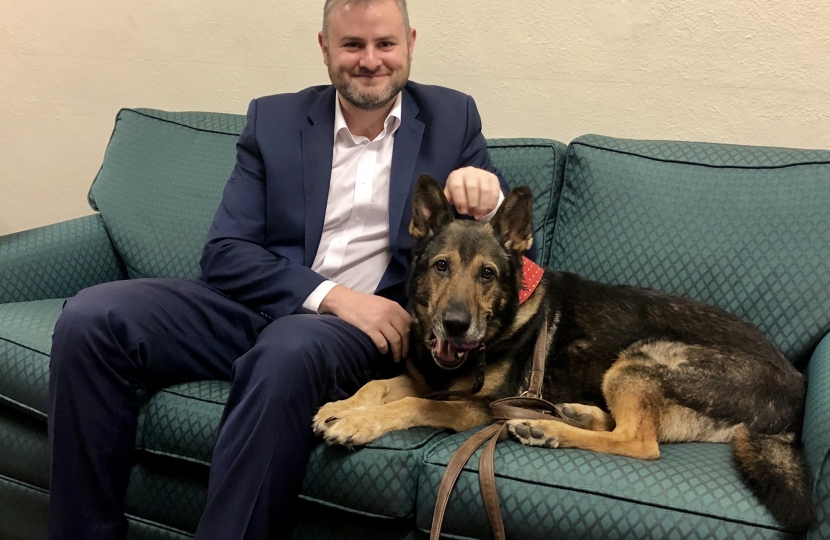 This week’s headlines have been dominated by MPs resigning from their party to join a new independent group.  Three pro-Remain Conservatives joined the new Independent Group on Wednesday - made up of eight Labour MPs who this week resigned from their party over its handling of Brexit and anti-Semitism.  It is too early to judge what impact this will have on British politics, but it has made for another roller-coaster of a week in Westminster.

Of course, MPs shouldn’t have even been in Westminster this week, as there is usually a half term recess to co-inside with school holidays.  But given the current Brexit impasse in Parliament the government cancelled the recess.  Numerous issues were debated including the Serious Violence Strategy, the NHS 10-year plan, anti-Semitism and a range of Brexit related legal changes.

One of the problems with Brexit, is that it dominates the national media to the exclusion of everything else.  Whilst it is true that our preparations to leave the EU are taking up a lot of MPs time, we are also getting on with lots of other things.  Last week I was pleased that the Voyeurism Bill received Royal Assent and ‘upskirting’ is now a specific crime with perpetrators facing two years in prison and being placed on the sex offenders register.

Another example of a recent positive legal change came two weeks ago when I met Finn, a police German shepherd who risked his life to protect his handler, PC Dave Wardell, from a robbery suspect’s knife. Finn was horribly wounded and fortunate to survive the encounter.

Because of what happened to Finn, I was pleased to support the Animal Welfare (Service Animals) Bill, better known as Finn’s Law, as it passed in the House of Commons earlier this month. Finn’s attacker received no punishment for what he did as at that time, no law was in place to protect service animals. Finn’s Law changes that. Every member of the police deserves to be protected while they put their lives on the line to protect us and Finn is no exception.

It is very easy to think that our Parliament has become dysfunctional and on the most challenging and polarising issue of the day Brexit, that is a fair assessment.  But whilst MPs very publicly argue over that issues, lots of other important things are still being achieved.