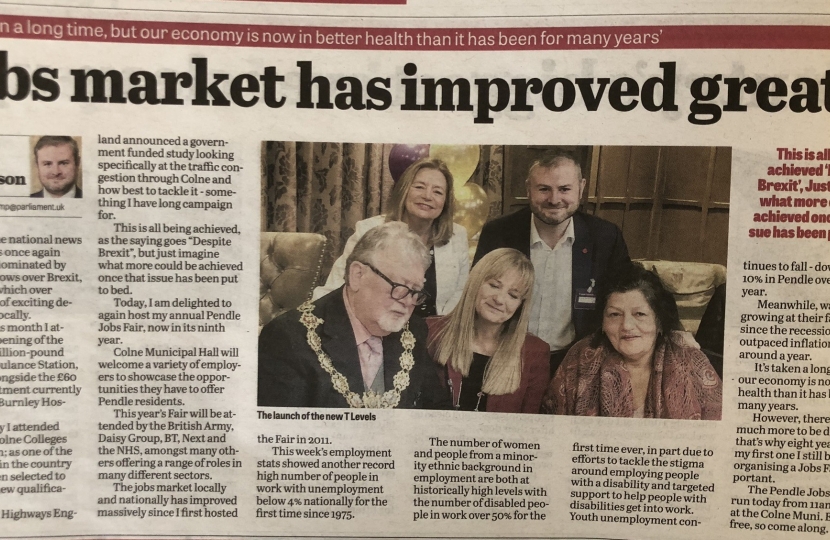 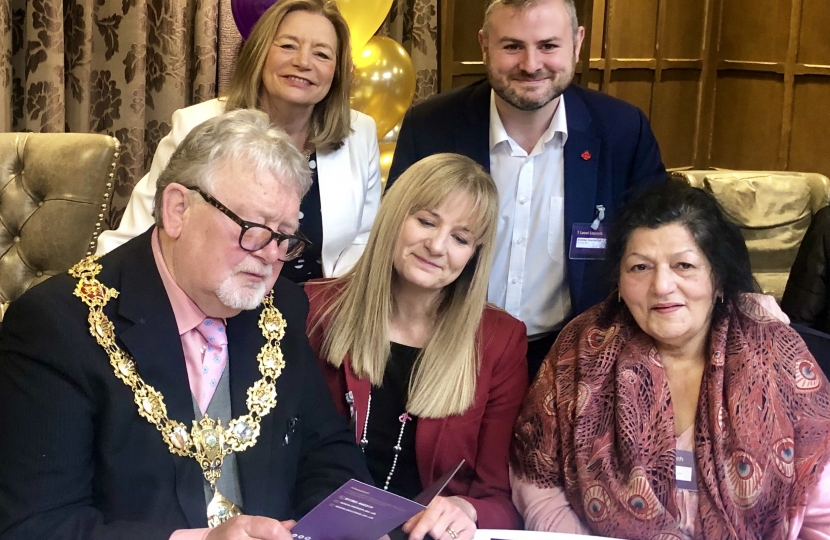 The national news is once again dominated by rows over Brexit, which over shadows lots of exciting developments locally.

Earlier this month I attended the opening of the new multi-million-pound Burnley Ambulance Station, which sits alongside the £60 million investment currently underway at Burnley Hospital.  Last Friday I attended Nelson and Colne Colleges T-level launch; as one of the best colleges in the country they have been selected to develop the new qualification.  This week Highways England announced a government funded study looking specifically at the traffic congestion through Colne and how best to tackle it – something I have long campaign for.  This is all being achieved, as the saying goes “Despite Brexit”, but just imagine what more could be achieved once that issue has been put to bed.

Today, I am delighted to again host my annual Pendle Jobs Fair, now in its ninth year. Colne Municipal Hall will welcome a variety of employers to showcase the opportunities they have to offer Pendle residents. This year’s Fair will be attended by the British Army, Daisy Group, BT, Next and the NHS, amongst many others offering a range of roles in many different sectors.

The jobs market locally and nationally has improved massively since I first hosted the Fair in 2011. This week’s employment stats showed another record high number of people in work with unemployment below 4% nationally for the first time since 1975.

The number of women and people from a minority ethnic background in employment are both at historically high levels with the number of disabled people in work over 50% for the first time ever, in part due to efforts to tackle the stigma around employing people with a disability and targeted support to help people with disabilities get into work. Youth unemployment continues to fall – down nearly 10% in Pendle over the last year.

Meanwhile, wages are growing at their fastest pace since the recession and have outpaced inflation now for around a year. It’s taken a long time, but our economy is now in better health than it has been for many years.  However, there’s still much more to be done and that’s why eight years after my first one I still believe organising a Jobs Fair is important.

The Pendle Jobs Fair will run today from 11am-3pm at the Colne Muni. Entry is free, so come along.