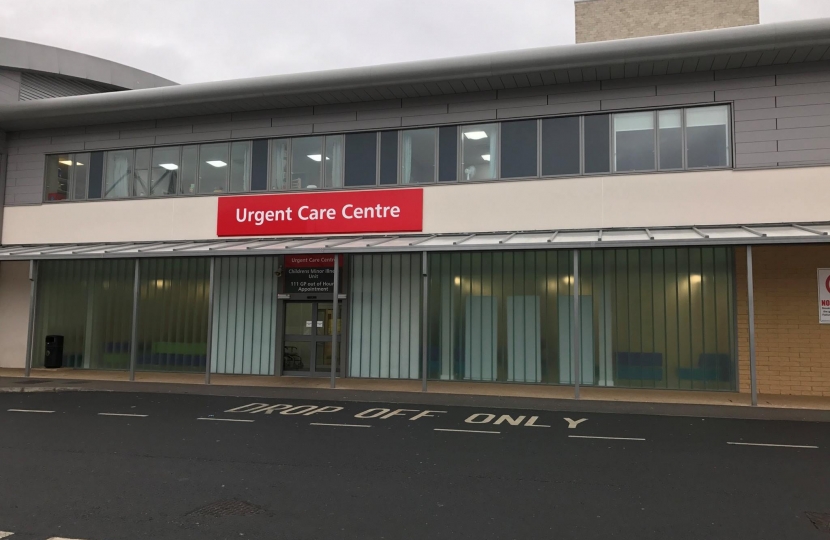 Royal Blackburn Hospital will benefit from a share of £325 million in new capital investment for local NHS projects across the country announced today by the Government.

East Lancashire Hospitals Trust will receive £5m - £10m to pay for an expansion of Royal Blackburn Hospital’s A&E and to provide two extra clinical rooms. Across Lancashire and South Cumbria, £5m - £10m of new capital funding has been earmarked to be used to modernise mental health inpatient services.

This Government is backing the NHS’s own plan for the future, the Five Year Forward View, and funding it with an additional £8 billion a year in real terms by the end of the Parliament. Delivering that vision relies on better integrated care locally, which is being taken forward through Sustainability and Transformation Partnerships.

Andrew Stephenson, MP for Pendle, commented; “I am delighted to welcome new investment which will help significantly improve the facilities at Blackburn A&E and help reduce waiting times. Blackburn A&E has been under increased pressure since Burnley General Hospital’s A&E was closed under the last Labour Government in 2007.

“Under the Conservatives we have seen a new £9 million Urgent Care Centre at Burnley General Hospital and a new £6 million A&E just over the border at Airedale Hospital, which both opened in 2014. However waiting times at Blackburn A&E have remained too high, so I welcome this new funding to help expand the A&E.”

Mr Stephenson continued; “We said in the Budget that we would invest in local areas that have developed the best plans – and today we are making good on that promise with an initial £325 million of capital funding. This will improve patient care and outcomes in communities up and down the country.

“This investment wouldn’t be possible under Labour – because at the election they said they wanted to pause these plans, despite the fact they are supported by local clinicians in the interest of patients.”